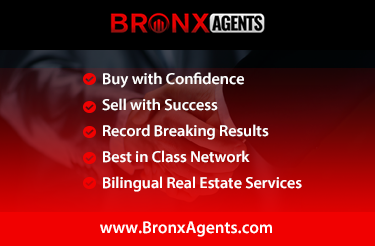 The South Bronx is in the midst of a real estate development resurgence and the neighborhood of Mott Haven, Bronx New York is a significant part of that fact. It’s proximity to Manhattan and affordable rental rates have led to an increased interest in the South Bronx and in particular the neighborhood of Mott Haven. Just one train stop away from Manhattan on the 6, you’ll find what’s considered the coolest neighborhood in the South Bronx. Mott Haven (or Port Morris, depending on where you’re standing) is home to up-and-coming places to eat, drink and immerse yourself in the local culture. From grabbing a bite at a hip-hop-themed restaurant, to visiting a distillery or brewery to perusing the neighborhood’s excellent bookstore, there’s a vibrant creative hub happening.

And Mott Haven is a part of Mayor Bill de Blasio’s primary housing initiative with a $200 million capital investment plan for developing the Bronx’s southern waterfront. The plan calls for 4,000 new apartment units of which most will be set aside for low and middle income residents.

Mott Haven is a primarily residential neighborhood in the southwestern section of the New York City borough of the Bronx. Its boundaries, starting from the north and moving clockwise, are East 149th Street to the north, the Bruckner Expressway to the east, the Bronx Kill waterway to the south, and the Harlem River to the west. East 138th Street is the primary east–west thoroughfare through Mott Haven. Mott Haven is considered a high-density neighborhood. Like many neighborhoods in New York City, the vast majority of households are renter-occupied.

The neighborhood is part of Bronx Community Board 1, and is located within ZIP Codes 10451, 10454, and 10455. Tenement-styled apartment buildings and large public housing complexes dominate the Mott Haven community geographically. There are three distinct historical districts consisting of brownstone-style row houses. In the last two decades, construction of modern 2- and 3-unit row houses and apartment buildings has increased the percentage of owner-occupiers. The total land mass area is roughly one square mile. Midtown Manhattan is a 25-minute subway ride away via one of the four subway lines that travel through Mott Haven (2, 4, 5 & 6) and the Metro North is even closer at 10 minutes.

The Mott Haven Historic District is located on Alexander Avenue between East 138th Street and East 141st Street. The district is primarily residential in character with four and five-story row houses dating to the last half of the 19th century, and contains the row of handsome brownstones known historically as Doctors’ Row and Irish Fifth Avenue. It also has the 40th Precinct police station, the 1905 neo-renaissance Mott Haven Branch of the New York Public Library, and Saint Jerome’s Roman Catholic Church. It was listed on the National Register of Historic Places in 1980.

The Bertine Block Historic District is located on East 136th Street between Brook and Willis Avenues. The district contains yellow-faced brick brownstones designed by Edward Bertine between 1891 and 1895.

The development of Mott Haven’s waterfront is on trend to head in the same direction as the communities Long Island City or Williamsburg did before it. Only time will tell. As a resident of Community Board 1, based on your eligibility, you may qualify for preference provided to legal residents of the district based on zip code.

Brand new housing developed with waterfront views are on the horizon. Are you interested? If you are, enlist the help of the Bronx based real estate experts at BronxAgents.com. You could finally have your own “high rise apartment in the sky,” in Mott Haven, South Bronx, New York.